How to meet other men

Besides using gay dating sites, there are several other options you can explore. Dating apps have long been the safe haven for gay men and lesbian dating; it wasn’t until 10-years ago that people became more open-minded regarding accepting other sexual identities, but now times are different. 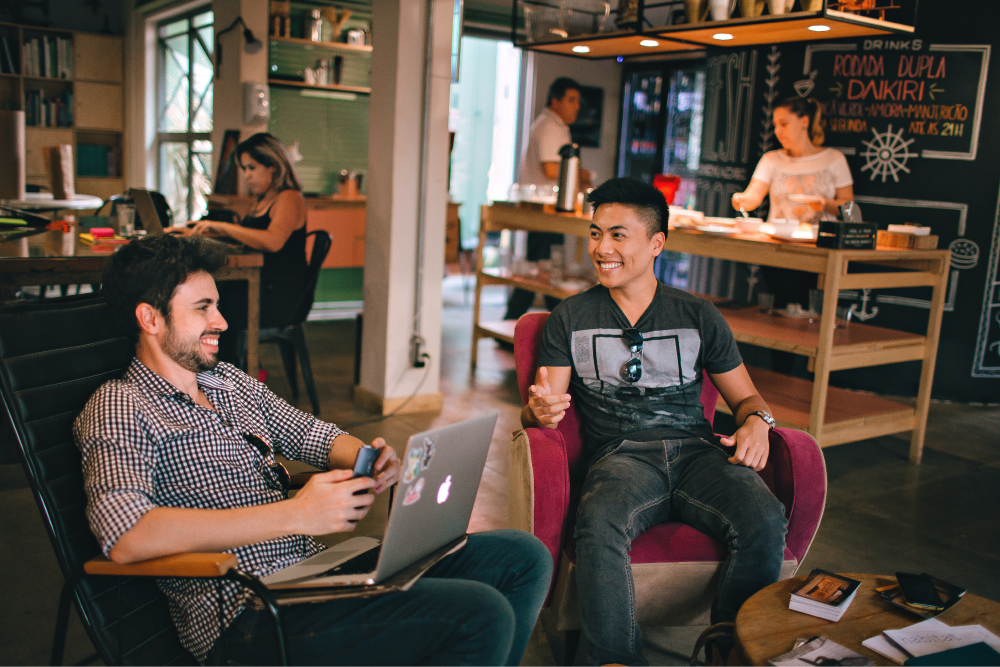 Hence here is a curated list on how to meet gay men.

You can volunteer anywhere from an animal shelter to nursing homes. They are always short on hands, and extra help is always appreciated. Many gay men love animals and send a lot of time taking care of abandoned pets; if you want to meet kind-hearted guys, volunteering spaces are filled with them.

Gay men enjoy sports as well. There is a whole “type” revolving around sporty men labeled as “jockey” as much as the girl next door loves a fit guy; gay men are into hot, fit, and sexy men too. Getting a little exercise and love by joining a sports team isn’t so bad.

Gay only parties are a great way of meeting multiple singles in a night. You’ll find everyone there, those wanting to form a meaningful relationship, those simply wanting to chat, and others there to have a good night. Such parties benefit from bringing a plus one friend along increases the number of attendees.

Go on regularly morning walk; you’ll get bonus points for walking with a dog. Being a gay man is no exception in maintaining a healthy lifestyle, and everyone adores pets. Nobody is immune to their cuteness.

You heard it right, the pride parade is the biggest gay party ever; you stand up for a cause, you meet people, and maybe you might even find the perfect one. Besides pride parades, fundraising for reasons concerning the gay community like HIV/AIDS campaigning, or battling homelessness amongst the gay population is a great way of killing two birds with one stone. Either way, you walk out a winner.

Many community classes like cooking, photography, painting, and dancing classes are a great spot for finding a partner. Most gay men prefer such hobbies besides being in a sports team. It’s an excellent way of exploring new things while trying to meet gay men. Many gay men these days are into dancing. You’d have noticed the trend of gay men dominating stages by dancing in heels. More power!

Yes, you heard that right. There are churches where the gay community is welcomed with open hands. Often, gay men who come from a religious background wish to stay in touch with their spirituality. These churches offer a great place to remain connected, and most times, meetings in churches translate into marriage in churches.

We don’t mean the events are gay but rather that the events are for gay people, such as gay speed dating, trivia nights for gay men, drag queen shows. All these activities are a great way of having fun and meeting other gay men.

Gay men love their comics and games, especially those nerdy gay men. A ton of men on comic cons and gaming conventions are gay, and that’s the truth. If you meet someone through such events, you’ll always have something to talk about gaming and comics.

Are weird as it may sound, there are conventions just for gay men, such as fetish conventions. Gay guys also want to have a good time in bed; such conventions let gays explore different fetishes and how to fulfill their kinks. These events are incredibly sex-positive; all questions are answered, no judgments passed, and no filters.

Your friends are your greatest ally on this journey. More than 90% of men have admitted they have first come out to their closest friend before they have opened up to their families. Ask friends if they know someone they can set you up with. You’d be surprised they know more single gay men than you do.

Facebook has many pages and community groups linked to those pages for gay people. You’ll often see events being hosted by organizations and members actively engaging with one another there.

7 Gay Dating Advice
20 November 2020
Everyone makes mistakes when dating, but if you’re a perfectionist and want to nail it

How to meet other men
20 November 2020
Besides using gay dating sites, there are several other options you can explore